I've been trying to get as much riding in as I can because I will be traveling so much this year.
Some days it has felt almost obligatory, other days it has started out that way and turned out to be pleasant.
Today I wanted to take my mountain bike and find some gravel. I'd missed racing short-track and cross and wanted to have a little taste of the thrill without the pressure (or expense) of competition. The problem is that I can't just toss my bike in the back of a truck and head up to Sandy Ridge; I live in the city without a car.
In the past my go-to option had mostly been to ride down to PIR (Portland International Raceway) and ride around in the cottonwood stand that makes up one half of the course during the Portland Racing Short-Track Series. The series had ended in late July (while I was away), so the BMX dirt track would be locked up and inaccessible; but the stand of trees was wide open and accessible.
Or so I thought.

I rode down to PIR, a five-mile ride from my house, fully expecting easy access through the un-manned entry gate. Except that it wasn't un-manned. There was an armed security guard stopping people and making them sign a waiver; then I was directed to the ticket booth, where I was told that to ride my bicycle on the grounds I would have to pay a fee of ten dollars. I said no thanks, turned around and rode back up the hill. Along the way I looked for a few alleyways where I might find some gravel to play around in, but after riding down three of four of these I was feeling sweaty and dismayed and sort of deflated. So in the end I just made my way home.

Some pix from my ride:

1. Urban off-road panda. There are lots of these little alleyways and side-streets, many with signs reading "Roadway Not Improved", like waving a red flag in front of all the mountain bikers in the city. Some of them are deadly dull during these dry summer months, but they will become a little more challenging and exciting in the rainy season. 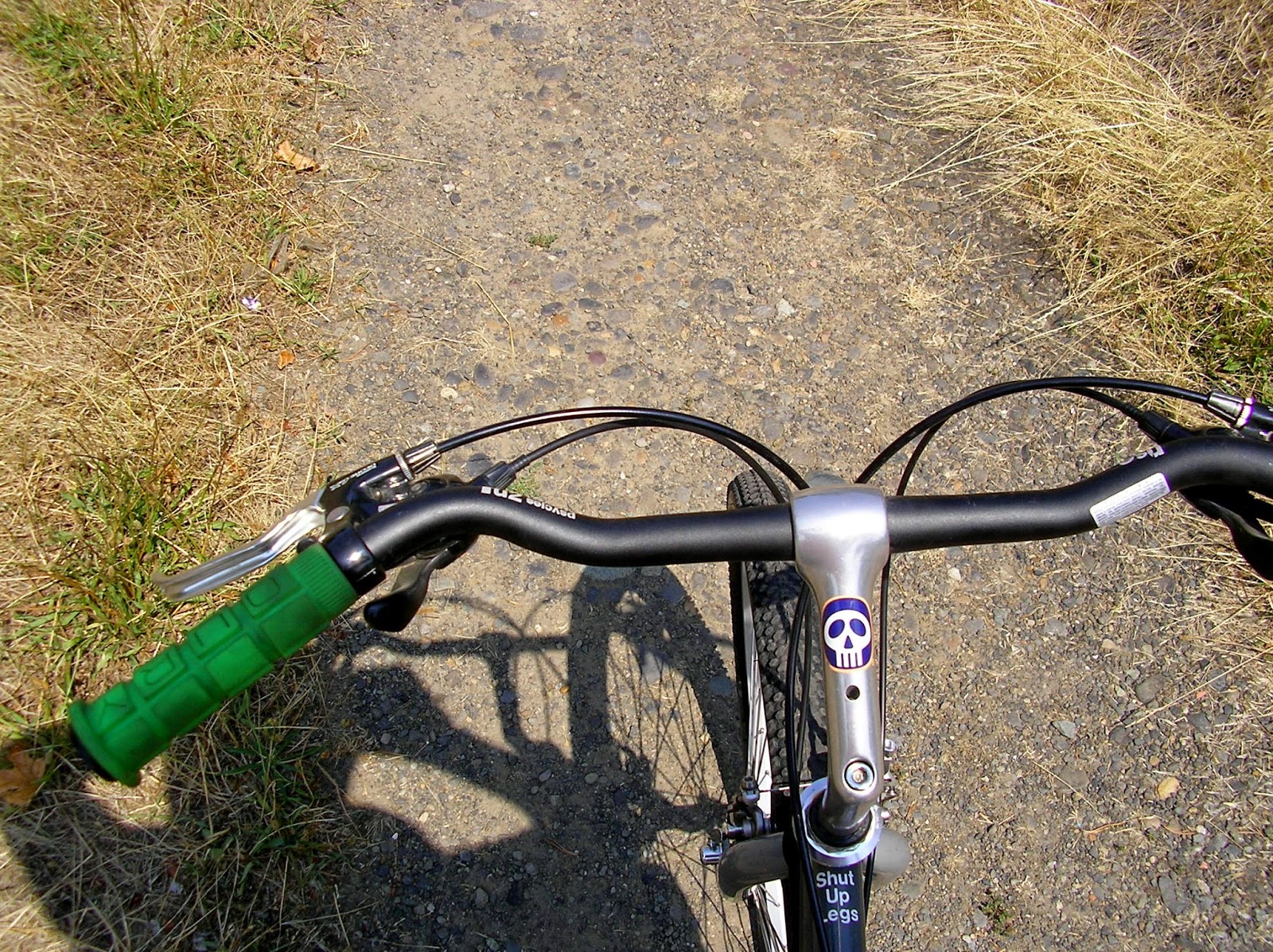 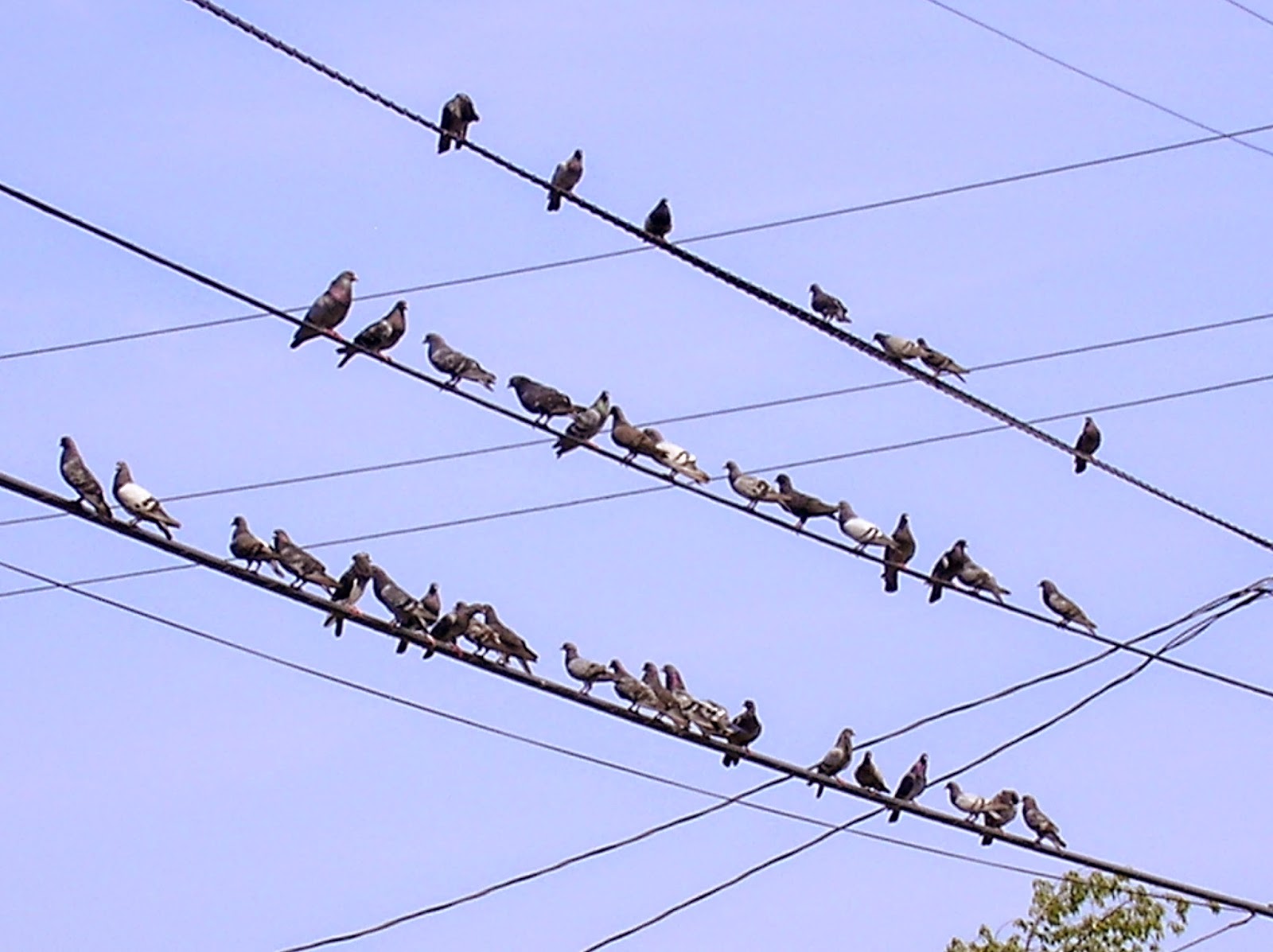 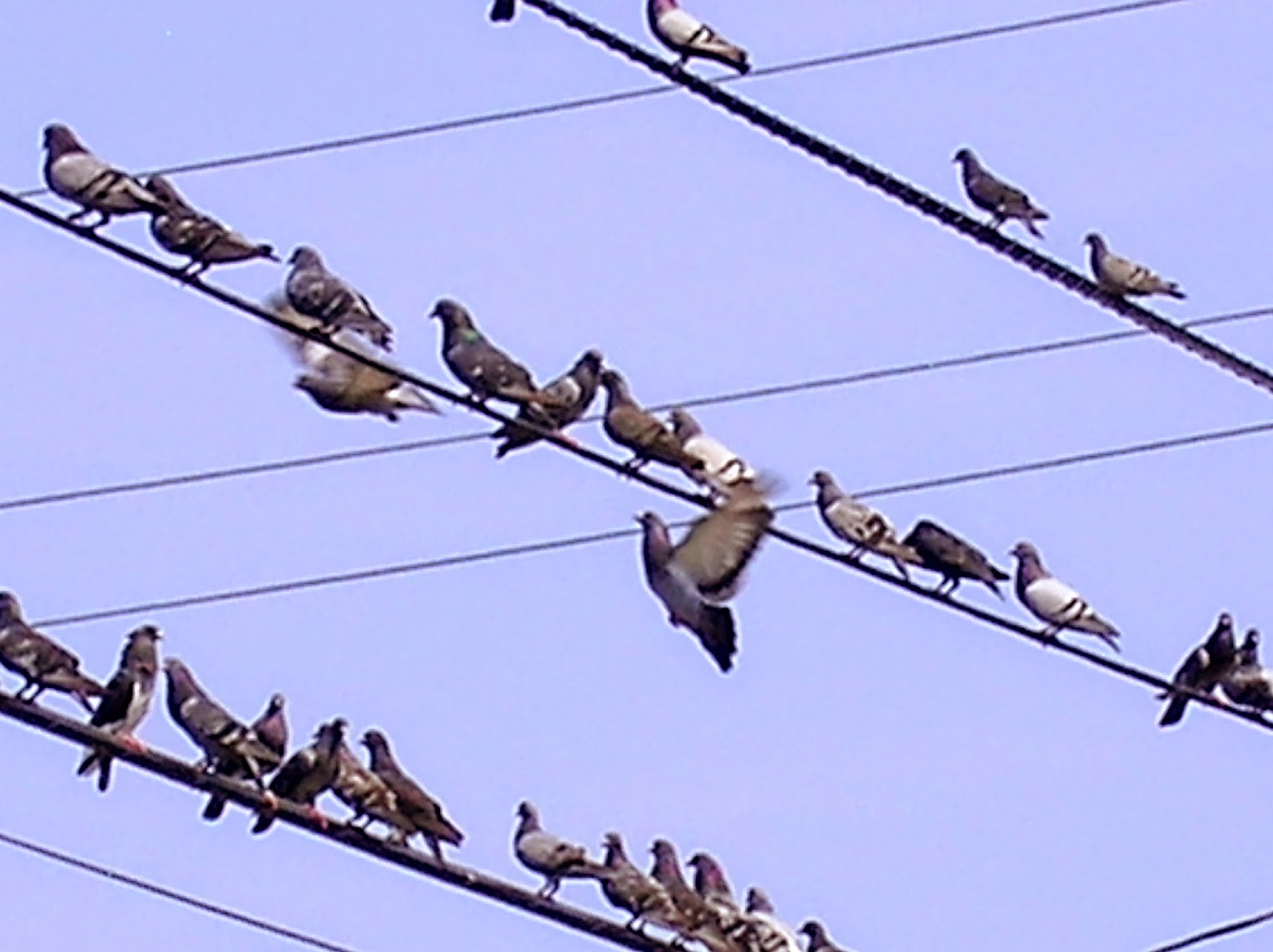 An example of gravel grinding in the city. Urban alleyway near I-5: 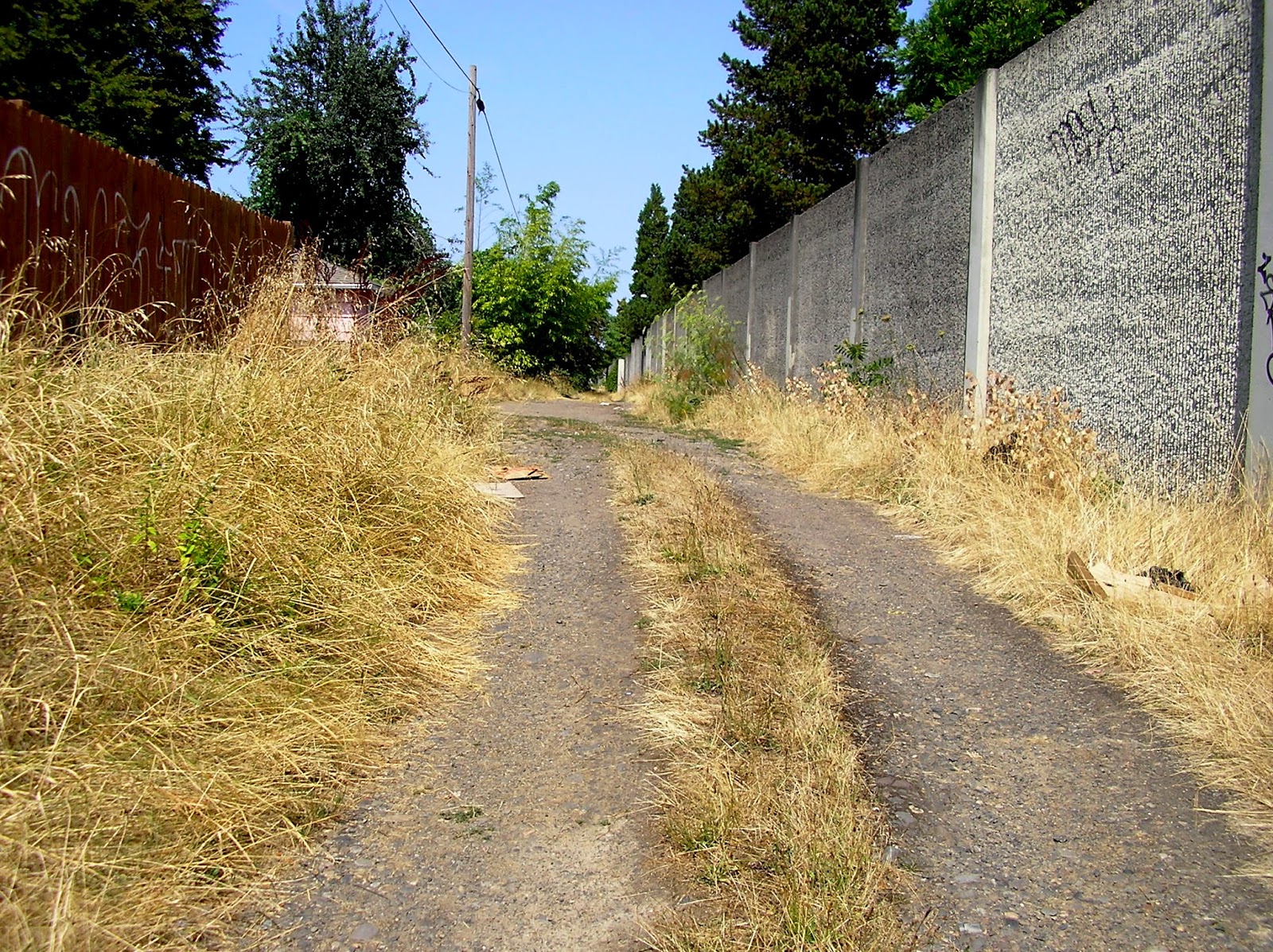 And sometimes people give stuff away by leaving it at the curb. What this is, I have no idea: 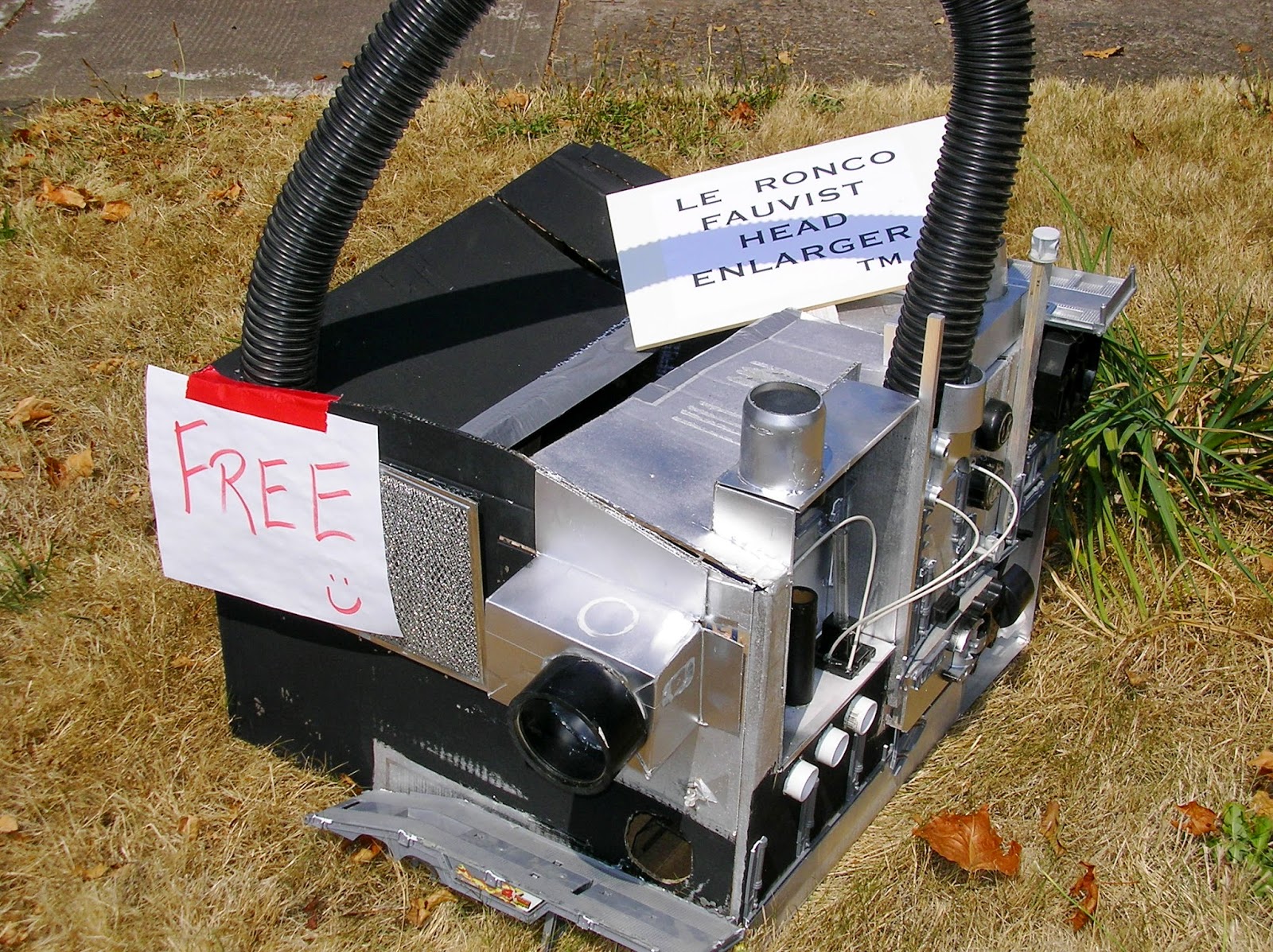 I know I will want to do some more urban off-roading before the summer gets away from me completely. I may have to try again next weekend.
Posted by bikelovejones at 8:46 PM