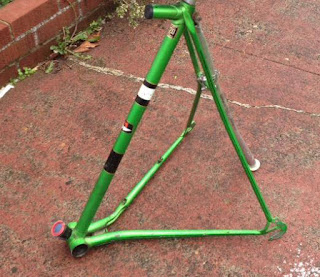 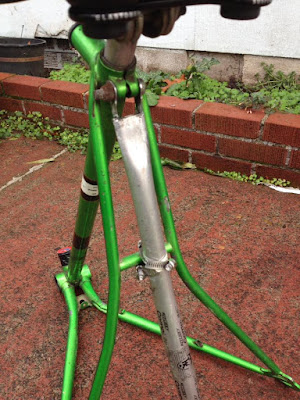 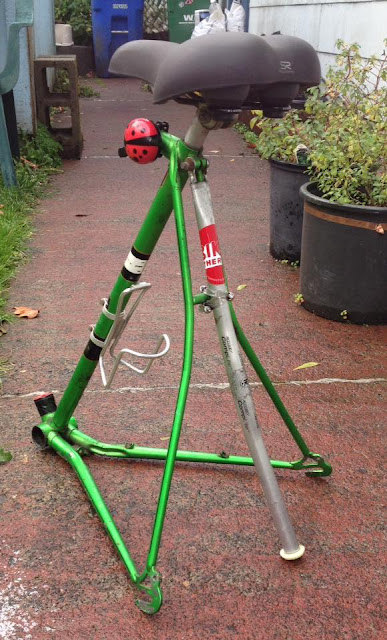 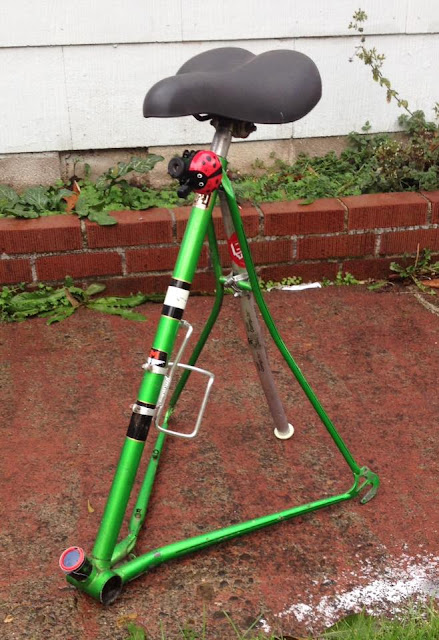 Posted by bikelovejones at 7:37 PM 4 comments:

This year's challenge was actually pretty hard for me to complete.
Not because of the distance -- riding two miles is not a big deal in and of itself -- but because I am really struggling with some health issues this fall that include a Crohn's flare-up and depression that's amplified by the change into the dark, wet days of late fall.

On top of this, I've also had to hustle for gigs, which haven't been coming this year; and the release of my latest CD, which I hope will kickstart the process of getting more gigs.

So riding my bike to get coffee just hasn't been especially prominent on my radar just now.

Still, I went out today to finish it all up.
It wasn't grandly ambitious, and I rode all of two and a half miles.
I was exhausted from last night's CD release show, and a bottle of hard cider which, in hindsight, I probably should've skipped, and the change to Standard time didn't give me any additional sleep because my cat kept me up half the night.
So the fact that I went out at all is probably a little amazing.
But I did. I rode over to Ps and Qs Market, bought some pretty darned good coffee, rode around the neighborhood, including a loop around the back side of Woodlawn park, sat and watched the leaves fall and a few birds flying overhead while I drank my coffee, and finally rode home. Along the way I saw some beautiful color, which helped me enjoy the ride a little more.

Let's dispell something about all this: depression doesn't always look like I'm sad.

Last night I celebrated the release of my third CD of original music and I played a house concert and sold some CDs and folks had a good time (and mostly, so did I). Underneath it all, I really just wanted to crawl into bed and sleep, even as I played my heart out and did a fair job of it.
That's depression.
I'm not always visibly sad when I'm struggling with it. I am often really tired, fatigued (remember, this can also intersect with the fatigue of Crohn's, so it's not clear-cut which is which and there's really nothing to be done about that lack of clarity). I remember what it was like to be full of energy and want to get outside on my bike or outside and doing other things. When I'm in a flare-up AND depressed, I don't want to do much of anything but sleep becasue I'm so f#cking exhausted.

One thing -- last night, when talking about the origins of one of my songs, I was able to be honest and also talk about having depression, without any sense of shame or stigma. Because it's medical. It's not something I created. It just is. And I'm glad I was able to get that out there.
When I'm in the throes of a depressive episode, going outside to ride my bike is really, really hard.
But I did it, and I'm done for now.
In my world, mileage doesn't count. Riding does.
So I'm going with that.
Thanks, and good riding to you! 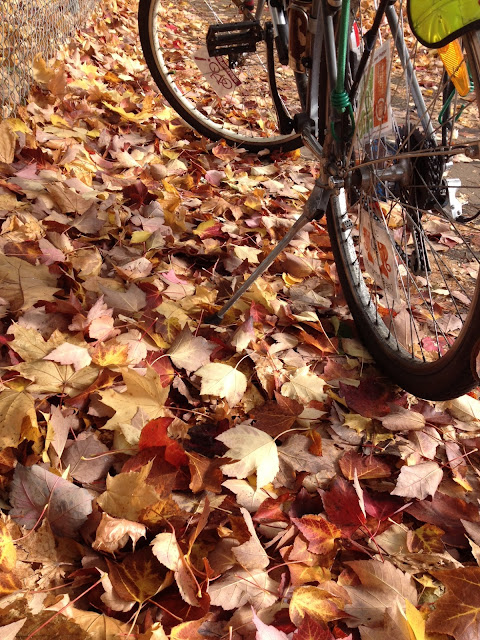 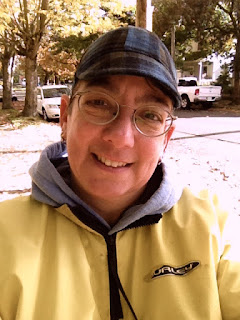 Evidence photo, at Ps & Q's.
This was after I'd already ridden a couple of miles and had sipped some really good coffee.


Below: Drama. I love it when the sky gets like this and really shows up the gold and orange of the leaves before they fall. 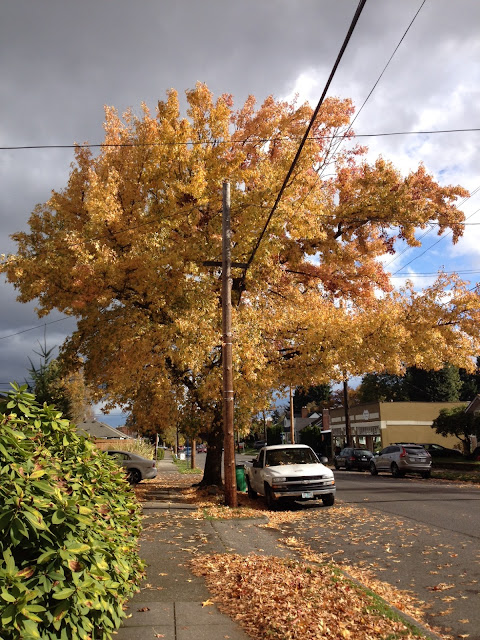 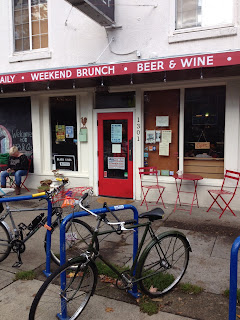 P's & Q's also does really nice things with eggs.
Stop in on a Sunday for brunch.
Or just pick up a few staples on ther way home.
(This is where I go for my chocolate milk.)
Posted by bikelovejones at 5:00 PM 3 comments: