return of the coffeeneur, 2015 edition

I've decided to take up the Coffeeneuring Challenge again this year, after taking last year off due to my out-of-town High Holy Days gig.

This year, I'm going to make it a point to ride someplace social as often as I can, even though my riding no longer involves a commute to a regular workplace. I will also try to find some more "exotic locales" in which to enjoy my hot beverage.
However, I can't always promise that I will buy my coffee at a coffee shop; since becoming a full-time freelance musician and tutor last year money is, frankly, pretty damned tight.
So I may make merely acceptable (and more affordable) coffee at home and take it somewhere to drink out of a thermos. Pictures will be taken and coffee will be drunk and every ride will be in excess of two miles RT. I can promise that much.

My first ride will be Sunday, October 4, to a place that probably no other entrant has considered yet.
It'll be different, I promise. 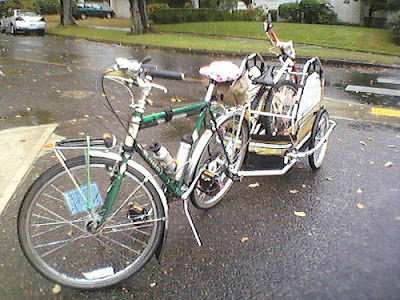 Oh, and hey -- remember the used bike I scored on craigslist a few years back and brought home on my very first Coffeeneuring ride? (In trailer, above) Well, maybe I'll even ride that bike on Sunday so you can see how it looks now. Stay tuned and happy riding!
Posted by bikelovejones at 8:35 PM No comments:

This is how they do it in Tel Aviv.
Nobody, and I mean NOBODY, drives a motor vehicle.
So everyone gets out on their bicycles.
"Next year in Jerusalem?" Whatever.
I want to go to Tel Aviv. On Yom-freakin'-Kippur.
Maybe someday.

Posted by bikelovejones at 9:36 AM No comments:

This morning, needing a longer ride and having no real plans, I decided to ride down to the new Tilium Crossing, a bridge for walkers, bikers and public transit - but NO cars or trucks.
The bridge had its official opening last week, but I wasn't into the crowds and it was the day before Rosh Hashanah; so I decided to wait until the hoo-hah had died down a little.

The morning was cool enough for me to require a thin wool vest the first couple of miles, until I warmed up and didn't need it anymore. The sky was partly cloudy, partly a beautiful blue, and the pedaling was easy and enjoyable.

I stopped for pictures periodically along the way. 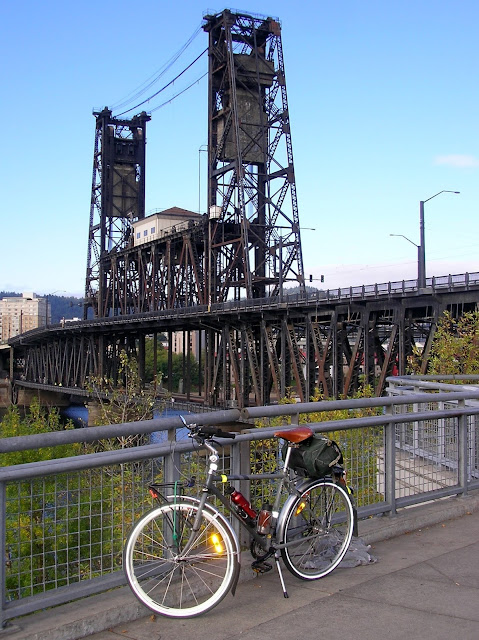 At the south end of the Esplanade, the path turned sharply left and upward to the new bridge. lanes for walkers (two-way) and bikers (one way) were clearly marked, and the arc made for a pleasant but not demanding uphill and gentle downhill. Speed bumps at either end of the inclines helped slow down overly-excited bikers, and the bike lane clearly turned into a green bike-only affair that turned out onto SW Moody Avenue. 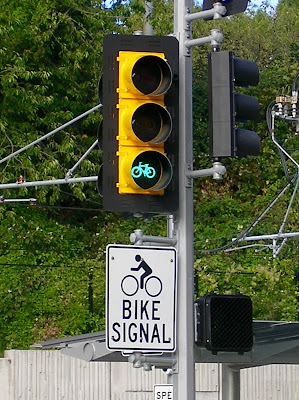 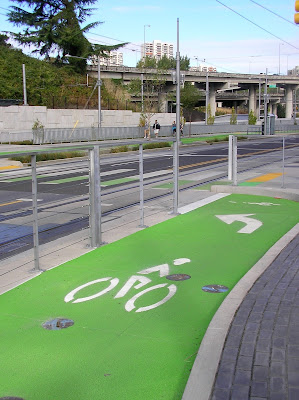 From there, I rode into town, enjoying stops along the Riverplace path and marina and uncluttered access to Naito parkway; Naito was closed due to the Komen Race for the Cure which was wrapping up as I rode past. It gave me pause to see the thousands of pink-clad walkers, festooned in all manner of plastic tchochkes handed out by event organizers. Instead of spending money on all the externals, I'd love to see all the breast cancer advocates demand greater environmental protections and more equal access to affordable, quality healthcare for all. Of course, that might open the door to deeper discussions about the carcinogenic qualities of all that plastic, but I digress.

Riding on a little further, I came across another gathering, this one of homeless folks camped out under the Burnside Bridge. The number of homeless people in Portland has swelled over the last few years because of the rising cost of living, lack of wages keeping pace, Portland's ever-milder winters (thanks, climate changers!) and its Sanctuary City status. So now they're basically camping anywhere they can find open space, whether in the woods, in the brush alongside the Springwater Corridor path or any spare square of sidewalk in inner eastside Portland. And while hundreds of Portlanders recently banded together to save a tiny stand of trees in the city, they can't seem to arouse enough outrage to do the same for the city's growing homeless population.

Finally, I looped around and back into inner northeast Portland, where I saw signs of ever encroaching gentrification in the form of new development and renovated houses in the process of being flipped by realty companies with names like Dwell, Urban Nest, and Living Room Realty.
I wrestle regularly with the wide swath between varying states of privilege. As a longtime Portlander, is my privilege simply a result of having lived here for forty years? Or is it that, in spite of how little I live on, I am happily married and deeply rooted in a community? 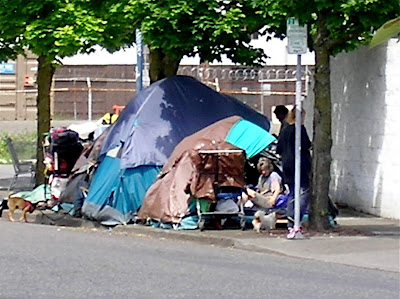 As I passed a fenced lot announcing the construction of a large condominium complex and saw the words, Reserve Now! Starting in the low $500's, I grimaced. That's a bargain? That's four times what we paid for our little fixer-upper -- still in need of fixing -- twelve years ago. Crap.
I kept pedaling, but felt more and more depressed as I rode.

What does the future hold for us?

In just a couple of days I will begin my observance of Yom Kippur, the holiest day of the Jewish year and the culmination of a lot of soul-searching about the ways in which we've missed the mark, and reconciliation with those we've wronged. I still struggle with my soul, and with my place in the world. I struggle with the strange place I inhabit, one in which I can barely pay my bills and have no work lined up after October, but in which I have a roof over my head and connections to family and friends who would do anything they could to keep us from becoming homeless in the event of a catastrophe. Compared to those who have no one and no resources and no prospects, I am wealthy beyond belief. What is my task in the coming year to help tilt the balance towards something a little more fair?

Food for thought. I pedaled home, made myself a peanut butter sandwich, and sat in front of our house and exhaled. I hope the answers will come soon enough.
More photos from today's ride can be found at Flickr.

If you are observing Yom Kippur, G'mar chatimah tovah -- may you be sealed in the book of life for a good year. For everyone else -- happy riding always.
Posted by bikelovejones at 7:19 PM No comments:

everything happens so much 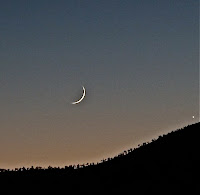 Several months ago, a New Yorker magazine article highlighted the accomplishments of two young men who turned random postings of sentence fragments into an internet sensation. At its peak, their site had a million followers waiting for the next random phrase to be posted. My favorite phrase from this article?

Think about that for a minute. Yes, they did it as a prank, a massively cerebral joke, really. But if you take it at face value, that statement is deep, the implications huge. Because every minute of every day in this thing we live called life, a million everythings are happening so very much, all the time, all over the world.

Tonight, as I rode home from a gathering at Velo Cult, I found myself pondering that phrase.

I turned the cranks and glided quietly along neighborhood streets under a beautiful sky filled with fast-moving clouds, dark orange after-sunset-glow in the west deepening to cobalt blue in the east. Every time I rode past a brief clearing between treetops and houses, and caught a bigger glimpse of that sky, I forgot my pondering, and simply stared, and caught my breath.

And it happened before my eyes. I parked for a moment, made friends with a kitten sitting outside a darkened house, and watched the sky change. Resuming my ride home, I felt a small chill -- it was a night between summer and fall, one of those nights where I'd sweat if I rode really hard and I'd shiver a tiny bit if I didn't ride hard enough. It was delicious, and it was happening all around and in front of me, and I really took the time to notice it. To breathe it in and see it. To own everything happening before me -- and in me.

And tonight I got a beautiful taste of it.

May your rides be as beautiful.


Posted by bikelovejones at 10:00 PM No comments: