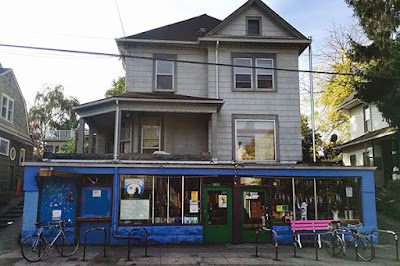 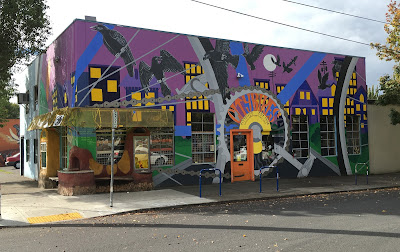 I bear no ill will against the Citybikes of today. Some of my former co-workers remain, but most have moved on and now when I visit I'm greeted most of the time by someone young, fresh-faced and earnest. I may inquire about used bits when the Annex closes in the fall, but I certainly won't be mercenary about it. Everything has a beginning, a middle and an end. Citybikes is on the downward slope and, barring any radical change in the bicycle retail landscape in southeast Portland, I think that trend will continue for the time being. I wish the remaining owners luck.
Posted by bikelovejones at 12:42 PM No comments:

don't guilt-trip yourself if it's a hundred outside

We've had some unseasonably hot days here in Portland this month. Last week we had a four-day stretch of temperatures ranging from 98 to 102F, with a very low humidity rate.
It may be a dry heat, as we like to tell our friends back east who suffer high humidity all summer; but it's still [bleep]-ing HOT.

So hot, in fact, that even with a wet t-shirt, riding around town on bike errands is really a drag, life-sucking, deflating ;I hung in there on the high 90's days, and it was hard. When the thermometer hit 102F, I was done. I stayed home, naked, sitting in front of a large fan with a wet camp towel laid across my body, and drank gallons of water all day. This week, I did the same thing again yesterday and today. By this evening, things have cooled down a little, and if it weren't so late I'd go for a bike ride. But instead, I'm goinmg to bed.

I wanted to ride, really. But I didn't want to kill myself. Since going on Varsity-level drugs for Crohn's, I've had to limit my sun exposure and wear long-sleeved shirts in the sunshine. On a high 70's day that would be alright. When the thermometer rose above 90F, it got stupid. So I stayed home, without a shred of guilt.

Tomorrow's high will be in the mid 80's, and the day after that it will be in the high 70's. Rain is possible by late next week.
Now I suppose I've gotta go find my raingear.

Happy riding.
Posted by bikelovejones at 10:13 PM No comments:

The morning began for me a little after 10am, where I'd invited friends to meet up with me if they wanted while I got some iced coffee. I stopped in at Good Coffee on SE 48th and Division, where I ordered a tall iced mocha. While I waited for my drink I looked around at the space. Lots of natural light, staffed with young, hip white people, a copy of the Sunday NYT on the large communal table in a room with ins-set shelves painted almost entirely white. The whole place felt rather Hipster Twee to me, and when I was charged a whopping $4.75 for my drink (in my own cup, with ice cubes made of water instead of coffee and chocolate so bittersweet I had to add sugar),  I knew this was not a coffee shop I'd be likely to visit again. The gentrification of SE Division St. has about reached its zenith (or nadir, take your pick).

I sipped my drink and waited for half an hour. No one showed up, so I figured I'd see them along the route. It was sunny and warm, but not nearly as hot as it's been the past couple of days. Plus, there was a nice light breeze that felt tingly on my face as I pedaled.


I enjoyed the ride, even though I had NO repairs to make during my shift. I rolled along at a mellow pace and stopped to say hi to friends who lived and worked along the route.

A couple of times, I helped motorists negotiate crossing the car-free route. Other than that, the rest of the ride was uneventful and pretty pleasant. I did see my friends riding in the opposite direction as I stopped to use a restroom but I never caught up with them. I hope they had a fine ride.

Home now, and ready for a little nap.

This will be my last Sunday Parkways of 2016. There is one more scheduled but it's being held October 2 -- which is the beginning of Rosh Hashanah. Technically I could do the ride and still get to services in time, but I would rather take the day to mentally and emotionally prepare for the High Holy Days so I'll stay home that day.

If you decide to ride on October 2, the route goes through Sellwood neighborhood and parts of Milwaukie, and includes the Tillikum Crossing with it s scenic views and beautiful modern architecture. Check it out. Or consider signing up to volunteer as a Parkways Superhero. Volunteers get a t-shirt, water and snacks and work shifts of 2.5 hours. You meet lots of people and it's fun.
Happy riding!

(photo: teaching a young rider how to fix a flat at the 2009 Parkways.) 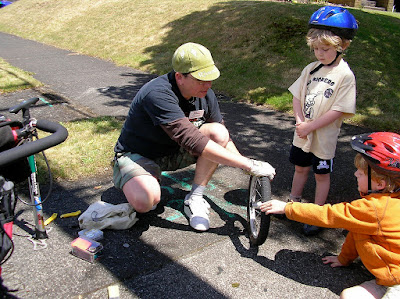 Posted by bikelovejones at 4:02 PM No comments:

I bought this bike last fall, because I really liked the fork crown. It was kind of a mess, and cheap. I took it home and stuffed it in a corner of my shed.
This is what it looked like when I brought it home, with lots of parts that didn't work or didn't fit. 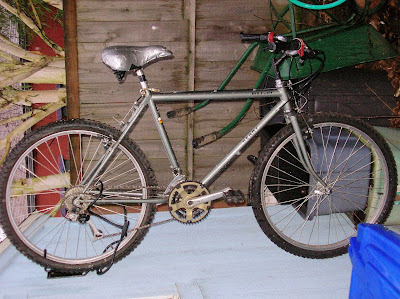 Last week, I pulled it out and rebuilt it with some decent parts. Today, it looks like this: 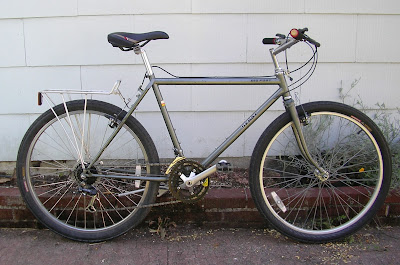 It came together nicely after I pulled off the offending (cheap/broken) parts.
Had to swap in a better triple crankset, pedals, and a more period-appropriate handlebar. I had this old bullmoose-style (Nitto copy) that works well.
I added friction shifters, seatpost and saddle and a buncha small parts. 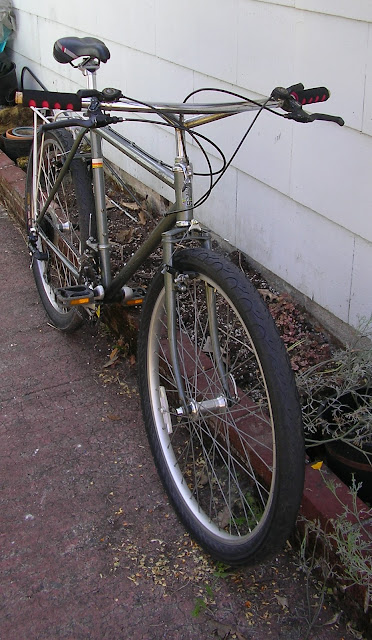 Happily, the original brakeset was complete and intact, so I left it alone. It adjusted easily.

And oh my goodness, check out the sexy fork crown. 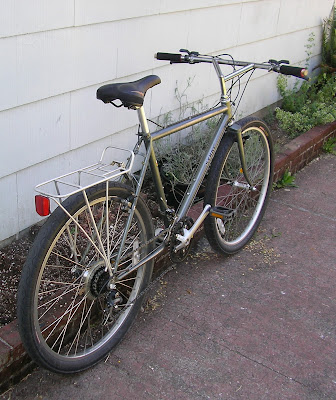 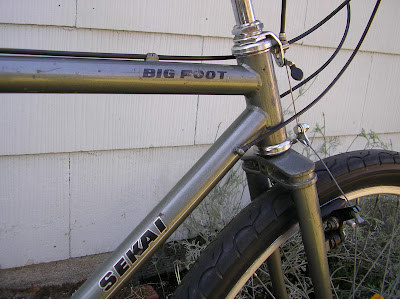 I am torn. The bike fits me and I could easily keep it as a sort of "house" bike for guests; but most of our guests don't ride much.
Or I could sell it.
Since I don't need a nother mountain bike in my size I am trying to sell it and will see what happens.

I'd prefer pickup in Portland, as shipping would easily cost $70-80 in the usa and I'm only asking $275 for the bike.
Either way, it's nice to bring these old bikes back to a more classic form again.

UPDATE: This bike has found a home with someone who will ride it a lot. I'm very pleased.

Posted by bikelovejones at 7:00 PM No comments: