For the next few days I will need to ride my bike as little as possible out in the cold and wet.
I am going into the studio a week from today to record my album, an album I've been readying for months. Oregon's climate already wreaks enough havoc on the vocal cords without my having to heap on further abuse. So yesterday, I enjoyed a longer loop that began with a brisk ride into town for Shabbat services at my shul. Afterwards, I grabbed a cheap lunch downtown, then rode the long way around to end up at Velo Cult for a glass of delicious pear cider. Finally, I headed home through the Lloyd District and up N. Williams Avenue. The afternoon was gorgeous, with sunbreaks punctuated by fast-moving clouds that would sometimes gray everything over for a few minutes. The difference in tempataure between sun and gray was noticeable almost instantly. By the time I rolled past the Willams Avenue New Seasons store, the clouds had pretty much taken over and sprinkles gradually turned to showers. I beat the full-on rain home by about twenty minutes, and was glad for the chance to ride in colder weather. 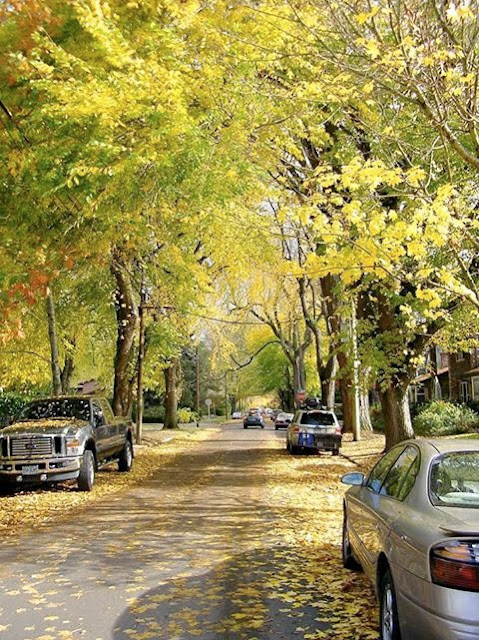 We're heading into real fall weather now, cool days with highs in the high 40s to low 50s and lows about five to ten degrees cooler than that. Lot of rain in the forecast for the next week, and snow in the mountains. The McKenzie Pass is already closed in spots out towards Sisters, and won't reopen until next June at the earliest. Yup, it's fall in Oregon and winter is not too terribly far behind.

So for the next few days it's relatively little riding, just errands to the store and maybe riding to teach on Wednesday night and that will probably be about it. Sweetie, who has a masters' degree in vocal performance, calls the care and feeding of the singing voice "vocal hygiene", as if it's something that requires a dental assistant. But really, all it is is watching how (and how much) I sing in the next few days, and drinking a ton of herbal tea, and taking hot showers at night (when I won't be going out afterwards) to soothe my throat and keep things lubricated and loose.

This IS part of what I signed up for when i changed careers. If I want to do ambitious riding, I have to save it for when I know I won't need my voice right away afterwards. So when the winter break from school comes, I'll be doing some harder riding in the days leading up to it, so that if I get froggy I have time to get over it before school starts again in January. 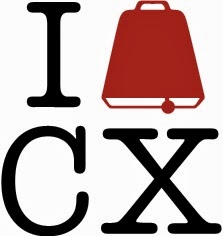 I was given a link this evening to a video of the final lap of a Superprestige cyclocross race in Belgium, shot yesterday. Watching the elite pro men carve their way around the annoyingly Euro course (lots of hard-pack trails, some deep sand and not a single barrier -- lame), I remembered my own cyclocross racing days, four seasons of doing really silly stuff in 40-degree mud and sideways rain. I am glad I don't do that anymore -- it go too hard on my knees and chest -- but I miss getting ready to ride in cold weather. I miss the ritual of putting embrocation on my legs and suiting up in my woolies, and going out and riding hard, either on my 20-miles Smith and Bybee loop or heading out to find the many blocks of unpaved, potholed streets in northeast Portland where I could practice my off-road riding. And I missed the ritual of coming home afterwards, dealing with my bike and my filthy race clothes, then taking a hot shower to scrub off the embrocation. I loved the tingly feel of the residual heat that would keep my tired legs warm for a couple of hours afterwards, as I ate hot soup and rested on the couch while telling Sweetie of my muddy exploits. As I watched the video and heard the announcer yelling in excited Flemish, I smiled at my memories.

I wish my schedule -- and my vocal care requirements -- would allow me to go watch some cyclocross racing this fall but really it's just impossible right now. And the local season ends in just a couple of weeks.

Maybe next year. Maybe.
Posted by bikelovejones at 7:41 PM