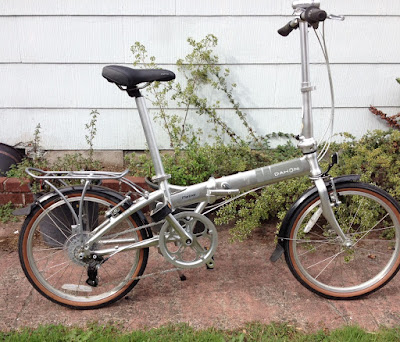 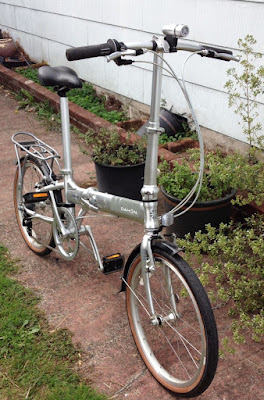 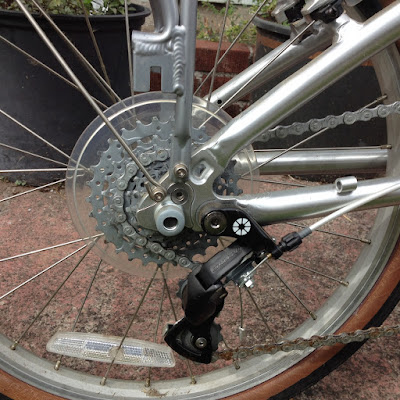 Replacing it will be a bother, another reason to let it be and pass the bike along to another home.
But I'll give it a week or two before I decide.
Posted by bikelovejones at 6:02 PM

Beth, this Mariner is a vast improvement, functionally, over my 2003 Boardwalk. My derailleur is attached to the axle, so that when you remove the wheel, the derailleur must come off also - not ideal for someone like me who's less mechanically inclined! But in spite of that, I love how the folder rides, especially using grip shift, which makes it easier, plus grip shifting is less likely to catch on spokes, etc. when the handle bar is folded, so I presume that's why one sees mainly this type of system.

Folding bikes are not everyone's cup of tea. I'll be interested in your feedback, once you ride it more.

It kind of looks to me like the rear derailleur has been replaced at some point but then searching online shows it is likely correct and the unused cable guide is there as an option for others. Perhaps the derailleur adjustment screws have been tampered with preventing shifting into the largest gear.