Adapting a lackluster design into something useful: Nitto saddlebag QR

So for those of you who've been following along, the Burley Travoy has turned out to be a great choice for downsizing to a smaller trailer. Since posting my review last week, I've since obtained a closeout-priced upper classic bag to complete my set; and I scored a rainfly for an 80L backpack that should fit the trailer just fine.

The one hangup was my desire to keep my Carradice Camper Saddlebag on the back of my A-R for when I'm not towing the trailer (which is most of the time), without having to change the mini-rack that serves as a support for the bag. I went ahead and bit the bullet on a Nitto Saddlebag Grip (R50),  hoping to be able to use it with my Brooks Flyer saddle. The Fluer is the same size and shape on top as the B-17, but it has springs, which makes it great for riding a more upright position.
Sadly, Nitto didn't design their QR to work with coil springs, so I had to create a workaround to make it fit on my saddle.

First, I mounted the QR unit on the horizontal coil springs. This worked, though it required me to add a layer of tape to the spring under the QR clamps. However, the coil spring is narrower than the saddle rails the unit was meant to clamp onto, so when I put the bag onto the QR unit, it made the whole unit rotate downward past level -- not what I wanted.

So, without applying more clamp pressure to the narrower coils, I had to come up with some kind of "stop" to keep the bracket from rotating too far down.

First, I rooted around in my junk drawer, and came up with some old bus tokens. I have a couple from Septa (PHilly) and a bunch from Marta (Atlanta). The Marta tokens are copper, meaning the metakl is softer and easier to shape. (Like most transit systems, Septa and Marta discontinued use of metal tokens decads ago in favor of a plastic fare cards.) 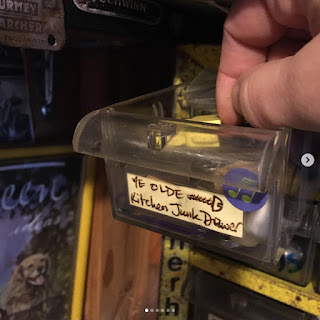 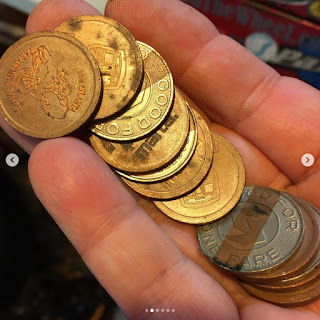 Then, I looked at the configuration of the springs and decided that I needed to somehow attach the coins horizontally on top of the next coil down from where I'd clamped the QR rack.
To make the attachment firm, I'd need to use a zip-tie.
I notched the copper tokens to hold the zip-tie in place. 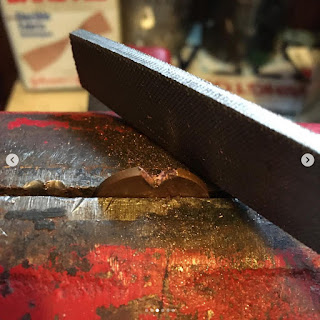 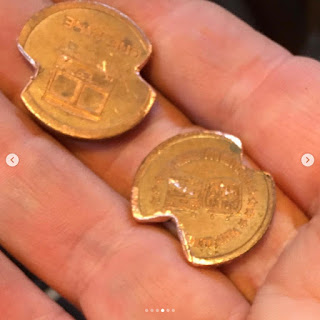 Once I'd notched the tokens, they could be zip-tied on top of the next coil below the bracket; the idea was that when the bracket began to rotate down under load, the copper tokens would stop the rotation and hopefully not put too much stress on the steel coils.

I'd originally thought of using shellacked cork wedges, but they needed to be thicker than there was space for. So I used copper bus tokens and placed a small patch of soft leather under each to provide some padding between the token and the coil. 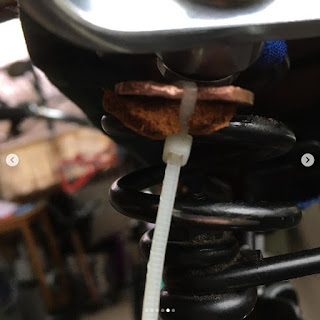 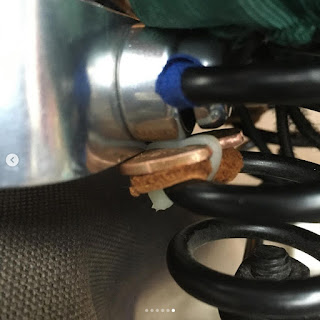 Once the zip-tie was trimmed, everything sort of fell into place. Literally.
I think the only change I might still make at this point is to swap in a fatter zip-tie, because these little zip-ties are so skinny that the weight of the bag pushing down the clamp on top could break it. But for now, it's about where I want it to be.

It's not elegant, but I think it will hold.
And frankly, Nitto's design wasn't terribly elegant if it could be used for both kinds of Brooks saddle.
So I'll let it be for now. Next time I want to tow my Travoy trailer, I can just open the Q/R, pull the bag off and either leave it home or bring it along in the Travoy if the load isn't big. 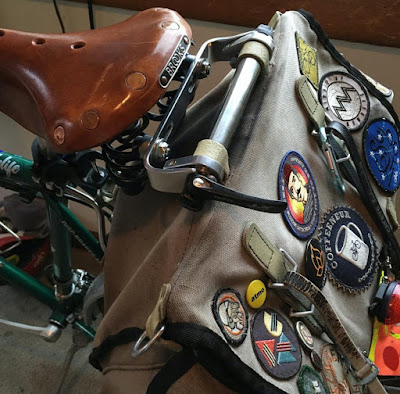 Posted by bikelovejones at 10:44 PM