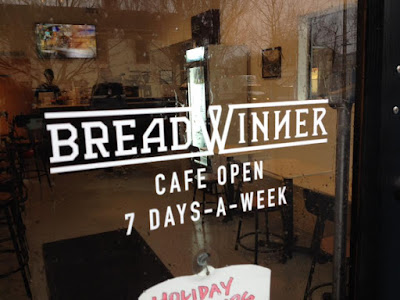 Assorted photos from the last two days of riding in 2017.

1. Breadwinner Cycles. A bit of off-season coffeeneuring, plus a chance to see the new cafe space at Breadwinner and catch up with ira on the joys of parenthood (he and his wife welcomed a little girl several weeks ago).


Great coffee from Water Avenue was a bonus. 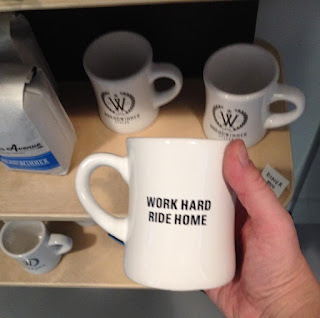 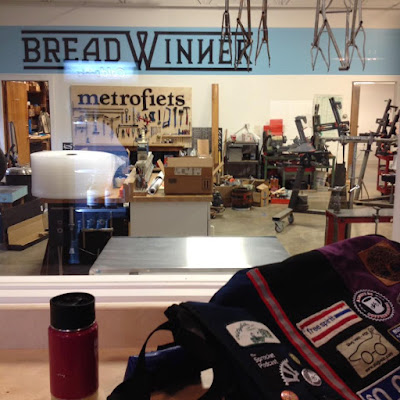 
2. A ride around NoPo and a stop at Norther Cycles to soak up the shop vibe and look at beautiful steel frames. 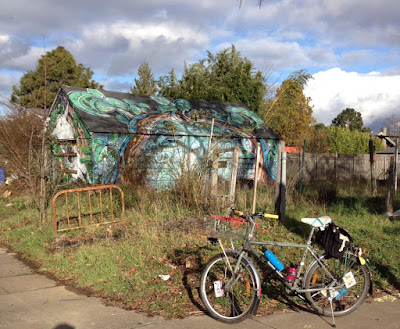 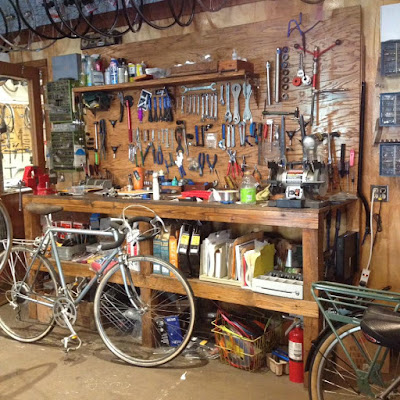 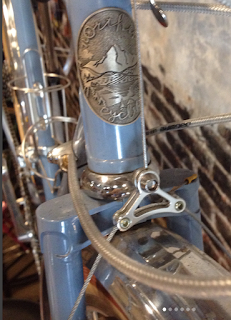 Sexy sexy fork crown.
YUM.
It's a thing.
I just love old-school fork crowns like this one. 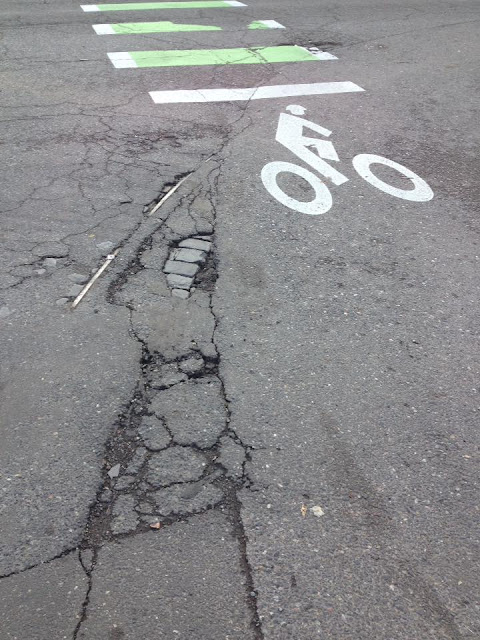 3.Lasy day of 2017. I mostly puttered around NE Portland. I stopped in at the CCC for Scrap Sunday, where I scored a few useful things and left an impossibly tall (27"!) and rusty old road frame. Since I can't imagine anyone in the refugee resettlement program being tall enough to need it (they'd have to be something like 6' 8" or taller!) and there was enough rust on it that I felt totally fine leaving it with them. Afterwards, I rode around North Portland and enjoyed looking for free boxes in the fading afternoon sunlight. I scored an old logging helmet and a stainless steel water bottle cage. Further along Alberta Street, restaurant, someone had bound together a stack of 29'er tires and leaned them against the fence in front of the American Legion Hall. If they had been 26" tires I would have taken them all home -- I can never find enough of these for my refugee bikes -- but I didn't need these larger tires and let them be. (Any 29'er riders, they may still be there in the morning if you ride by.)

While scavenging, I availed myself of some hot, cheap coffee at the 7-11 near Alberta Park and thus enjoyed some off-season coffeeneuring along the way. 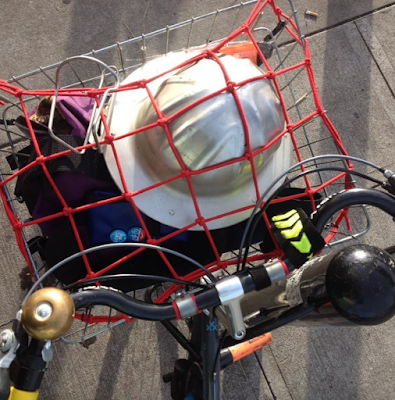 Which was appropriate, because my 2017 Coffeeneuring Challenge patch arrived and I finally had time to sew it onto my saddlebag.
(Coming in March: The Errandonnee, a series of errands by bike hosted by Mary. G at the Chasing Mailboxes blog. I've only completed one of these and might try another.) 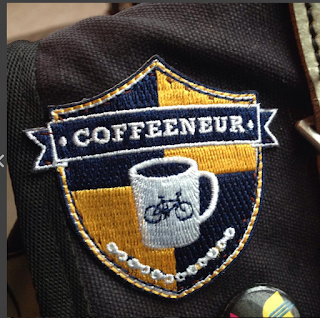 I finally made my way home after about two hours of mellow riding. ready for a hot bowl of lentil soup and some black bread and a relaxing evening with Sweetie. We'll ring in the new year with a shared bottle of cider and call it a night.
And if the weather holds tomorrow, I'll go out for another ride in the morning.
The Bicycle Transportation Alliance, the latest sponsor of an annual New Year's Day ride, was folded into The Street Trust, a new lobbying organization devoted to bicycling and pedestrian issues. The Street Trust will not sponsor a New Year's ride this year, ending a 40-plus-year tradition that began with the sponsorship of a large local bike shop chain and was handed off to the BTA about ten years ago.  So if anyone's riding, they're simply doing it for themselves.

This year, the Thursday Night Ride group hosted a New Year's nighttime ride. As it was at night, and still cold and wet, I skipped it. (I find I'm less interested in nighttime riding as my night vision slowly degrades. But there's still plenty of hours in the day left for me to enjoy riding in.)

Tomorrow morning, a few bike enthusiasts are hosting a smaller ride beginning at Lloyd Center and ending in downtown St. Johns. Depending on my energy level I may join them. If not, I'll pre-make some hot cereal, go for an early-morning spin around the neighborhood, and come home to a hot breakfast before I spend some time in the music studio.
Happy riding in 2018!
Posted by bikelovejones at 10:10 PM

"free boxes" - is that where people just leave stuff out for anyone to take? If so, good idea. Occasionally people put something out for free in the UK but it's not very often, or a recognized thing.