Wandering around the bicycle want-ads today, I came across this: 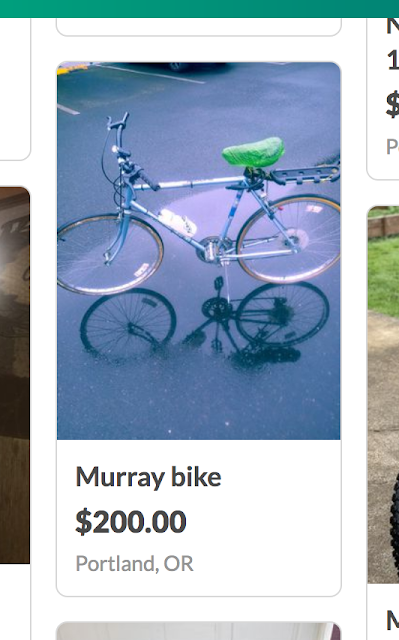 I recognized it almost immediately as a bike I had fixed up for Catholic Charities three years ago.
All that was missing was one of the grips and the rear bag. Everything else was there, including the funky red- and black grip and the stem-shifter fix I'd installed.
The seller was asking $200 for it.
It wasn't worth that when it was new over forty years ago.

Here's the bike, photographed about an hour before CC picked it up back in early 2017: 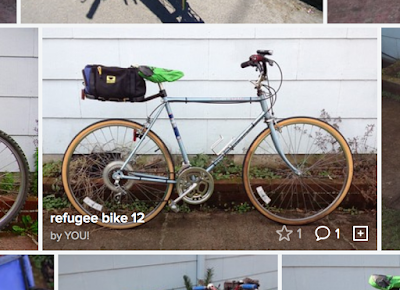 I hate to draw conclusions, but it's hard not to wonder if the bike was stolen somewhere along the line. I would hope not; but considering how much the seller wants for it I wouldn't be surprised -- Portland has a big problem with bicycle theft as it is, and now that we have a Stay-At-Home order I can only imagine that it will be worse, since essential workers still have to get to work and public transit usage is discouraged right now.

Bummer.
Posted by bikelovejones at 1:58 PM