So of course I made it a point to ride somewhere.

This has been hard during the shutdown. Usually when I ride I have somewhere to go, and ideally somewhere to hang out a little while. The absence of places to hang out -- to eat, to read and write, to use the restroom (and don't even get me started on that last one!) -- has made it hard to find reasons to ride.

Thankfully, I had places to go today. 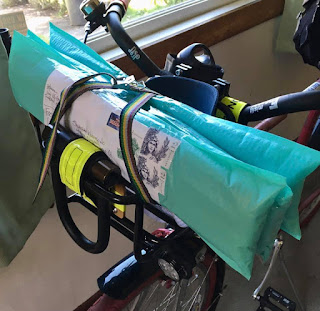 The Credit Union (bonus points for their Bike-Thru window -- I LOVE this town!) 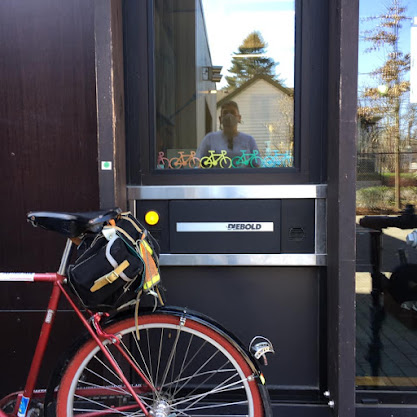 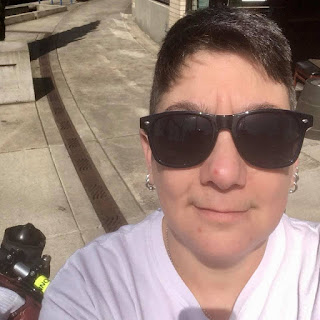 And lunch at Mio Sushi. Since today was also really sunny, I tried out my new sunglasses.
Sunglasses. What a marvel. I'd never had the luxury of regular sunglasses until now; in the past I had to find clip-ons that would fit whatever prescription frames I had at the time. (There were the two seasons I raced with Velo Bella and enjoyed a massive discount on prescription sunglasses, but when I needed a new prescription they became useless.)

So on went the cheapo sunglasses I got on closeout from the Blue Devils Drum Corps online shop -- at five bucks they were a bargain I couldn't pass up. Even if they are too big for my face.

I'll probably just live with them for now. They work fine.

I rode around the bend along Willamette until I found a bar on Greeley that wasn't open yet, and I sat down and enjoyed my lunch there.

After that, I meandered up and down cross streets to enjoy the warmth and see what's blooming in Piedmont Neighborhood. 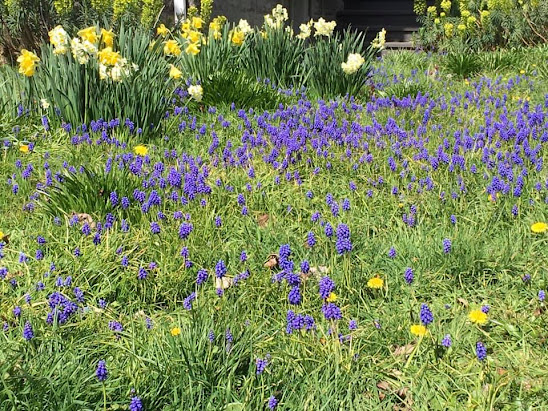 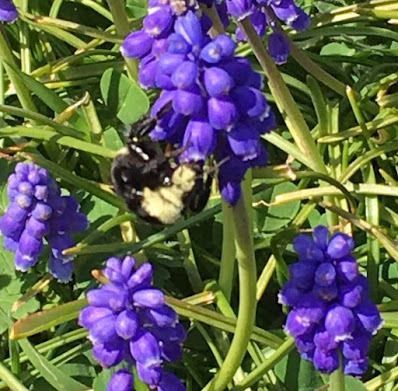 I took the scenic loop along Willamette until I could turn towards Woodlawn and home.
On the way, I admired some street art, courtesy of PBOT (Portland Bureau Of Transportation) and the neighborhood, respectively. 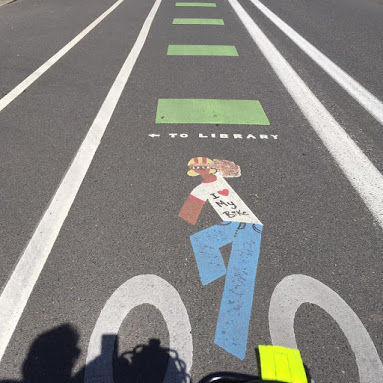 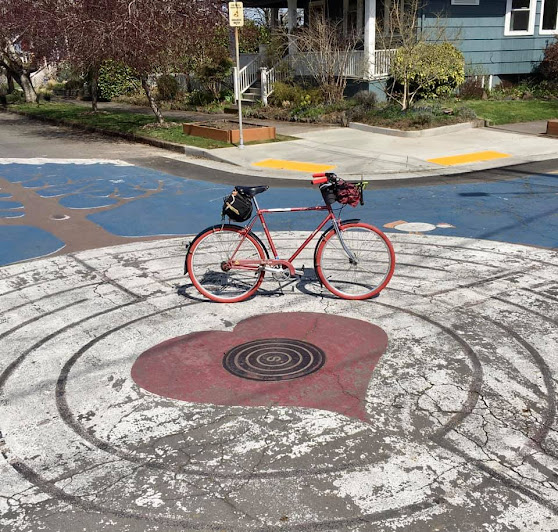 Tomorrow marks the start of #30daysofbiking and I'm signed up to participate and share ride reports. I'll post most of them in short form with photos at the Joyful Riders Worldwide FB group. If there's anything really special I'll also put up a longer ride report here.

Tomorrow it's supposed to cool down again, with highs near 60F, but I think I can handle it.

I just needed to kick myself in the rear and go outside.
Happy riding.

Posted by bikelovejones at 10:20 PM

Hi Beth,
This is Jersey Jay from Demarest. Your posts while always interesting, seem much happier. I am really glad for that. Happy Pesach! I celebrate Easter on Sunday. I think we all need a light at the end of a very dark 2020. Keep riding. (I use that Chrome bag every day by the way.)
Jay, Demarest NJ

Hi Jay and thanks SO much for leaving your comment.
Wishing you a happy and blessed Easter.
Happy riding!

Don't know about 30 days f biking in Portland and didn't get an easy link to it.
I would do it if I knew what and where it was on the internet.

#30daysofbiking is based in Minneapolis and happens all over.
Look on Facebook under "Joyful Riders Worldwide"