So my pal Michael R. told me about this really fun little thing called the Coffeeneuring challenge, begun last year by a randonneur rider up in Seattle. The rules are pretty simple:

1. During the dates of the challege, you must ride your bike to a coffeeshop that is at least a mile from home. You can only do this on the two weekend days (if you work weekends, pick two other days that you usually have off.) Only one coffee shop visit will count per weekend day, for a maximum of two per weekend.
2. While there, you must drink coffee or tea.
3. Document your visit with photos proving you were there. Apparently you're also supposed to take a photo of your beverage but I think that's rather over-the-top; and could be disturbing to other patrons if you can't do it discreetly.
4. Submit your photos and a short write-up (including where you went, what you drank, and your total mileage ridden) to the guy running the event.

Since I don't have any other cycling goals these days, I figured, why not? -- and counted today's meeting with Michael as coffee shop visit Number One.

Coffee Shop: Extracto (NE 14th and Prescott, Portland)
Ordered: Cinnamon roll and large mug of fresh-brewed Sumatran coffee.
Overall raiting: 8.5 out of 10 stars. Atmosphere and service were lovely (and the coffee tastes, well, downright serious); but the music was too loud and too up-tempo for 9 am on a Sunday morning. (Call me cranky. Or maybe just older.)

I normally teach on Sundays -- today was a rare Sunday off -- so perhaps I won't be able to use another Sunday. Or maybe I will, perhaps with a short stop on my way to my job. Between the mellow vibe of the rules and my changable work schedule (I occasionally don't have the same days off each week and there's not much I can do about that), I think the guy running the event won't squabble much. In any case, I have until November 16 to hit the requisite minimum of 7 coffee shops between now and then. It shouldn't be too much trouble; I like coffee. A lot.

1. First stop: Extracto Coffee (NE 14th and Prescott streets -- there is a second location on NE Killingsworth where they actually roast the beans, and which I will visit later in the time period as another coffee shop stop: http://extractocoffee.com/) 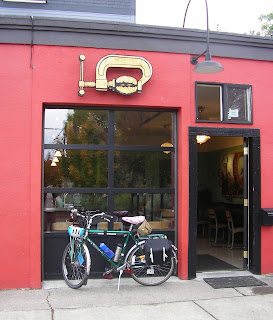 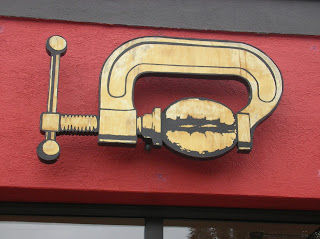 2. Next stop: Apple stand (NE 32nd and Thompson, near Grant High School). This is a small family business based out in Hood River. Two weekends a year they have the homeowner's permission to set up stands in his front yard and sell their stuff. I bought three crisp Pippin apples and a tiny jar of fresh, unfiltered honey for a whopping total of a buck-fifty. 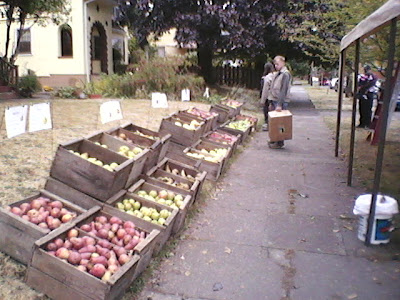 3. Next stop: Velo Cult, where I stopped in to share the apples and honey and to scope out the place for an upcoming show I'm playing there.

4. Rode home in a roundabout and lovely sort of way. 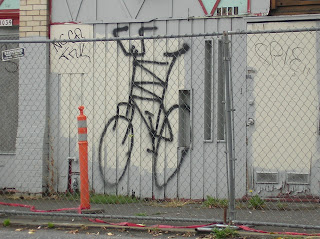 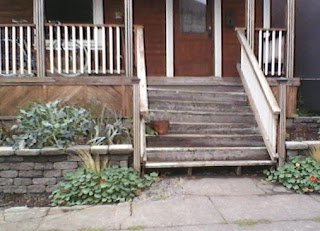